Become a Premium Member      |       Get the Magazine
New York CityRestaurantsTravel We’re thrilled that our photography was featured in Esquire magazine’s November 2017 issue, and several of our top picks for New York were also included in their Best New Restaurants in America 2017. Flora Bar is one of them. To put it simply, we’re obsessed with this modern, eclectic Upper East Side spot, and we cannot wait to go back again.

Flora Bar is located in the lower level of the Met Breuer, and the decor is mid-century modern perfection. Our house isn’t particularly modern, but we wanted almost everything in the place, from the leather barstools to the sliver spherical cocktail garnish containers on the bar. Tall, sleek shelves showcase wines and spirits, and the entire place feels like you walked into a scene from Mad Men (sans the smoking and dark ending). 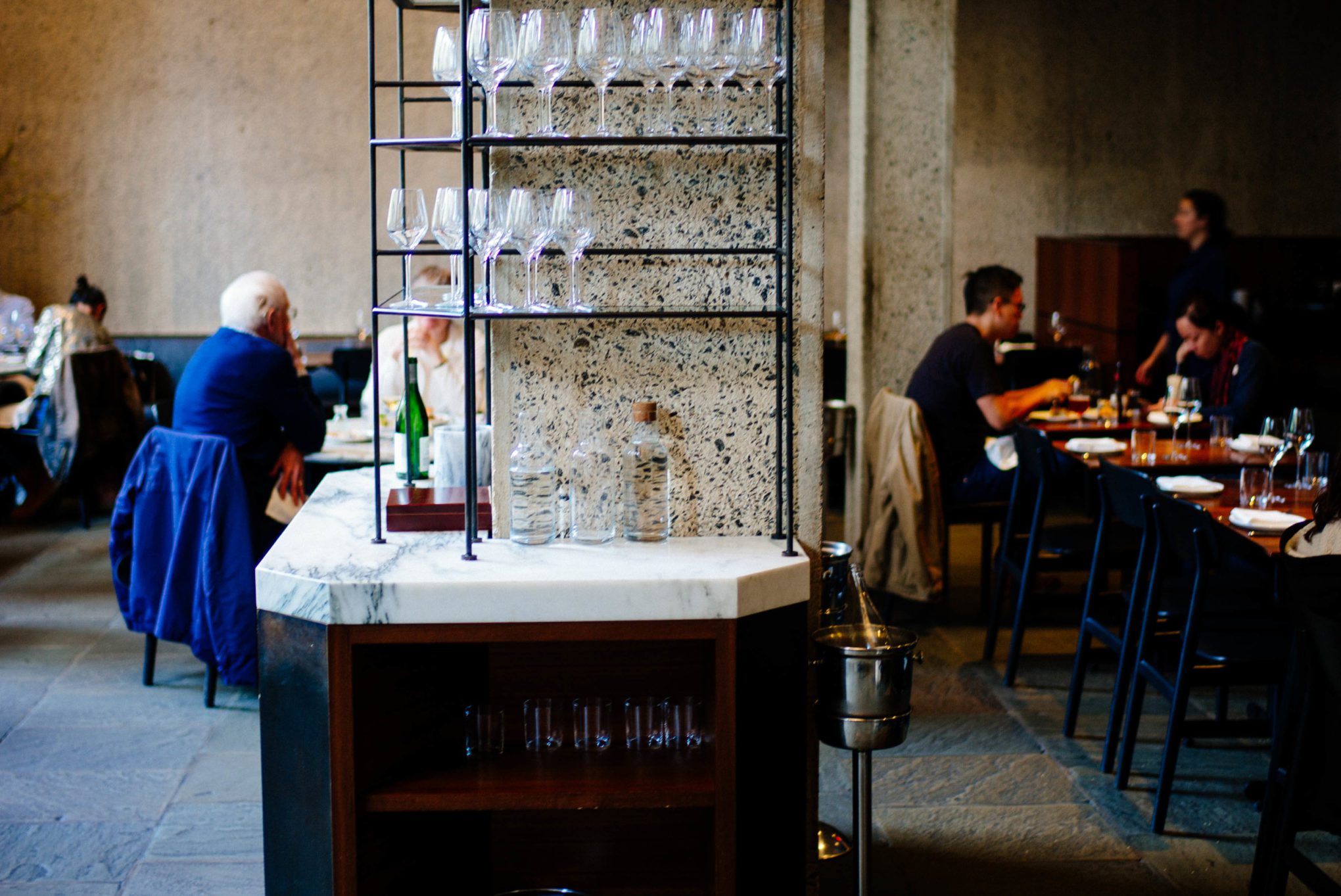 We wanted to try their signature cocktails, specifically the Tuxedo No. 2, which was recommended in the Esquire article, so we started with that and their play on a Bloody Mary. The Tuxedo No. 2 is cocktail perfection, and fortunately it didn’t take us long to track down a vintage recipe and refine our own version (get our recipe here). We ordered a half dozen oysters, not because we wanted oysters, but because the oyster selections that day were Sea Cows from Hama Hama Oyster company. We rarely see these on restaurant menus, so we make a point to order them whenever we do find them. Their Szechuan mignonette was amazing. We typically don’t go for mignonette, but the Flora Bar version was unusual and actually complemented the flavor oysters rather than covering it up.

The entrees are just as good. We ordered the lobster and crab dumplings in Yuzu broth, and the halibut with beets and sake sabayon. Both were as beautiful as they were tasty, and left us craving more.

Until next time Flora Bar…

Where to Eat in San Diego