Become a Premium Member      |       Get the Magazine
CuisineItalianPasta 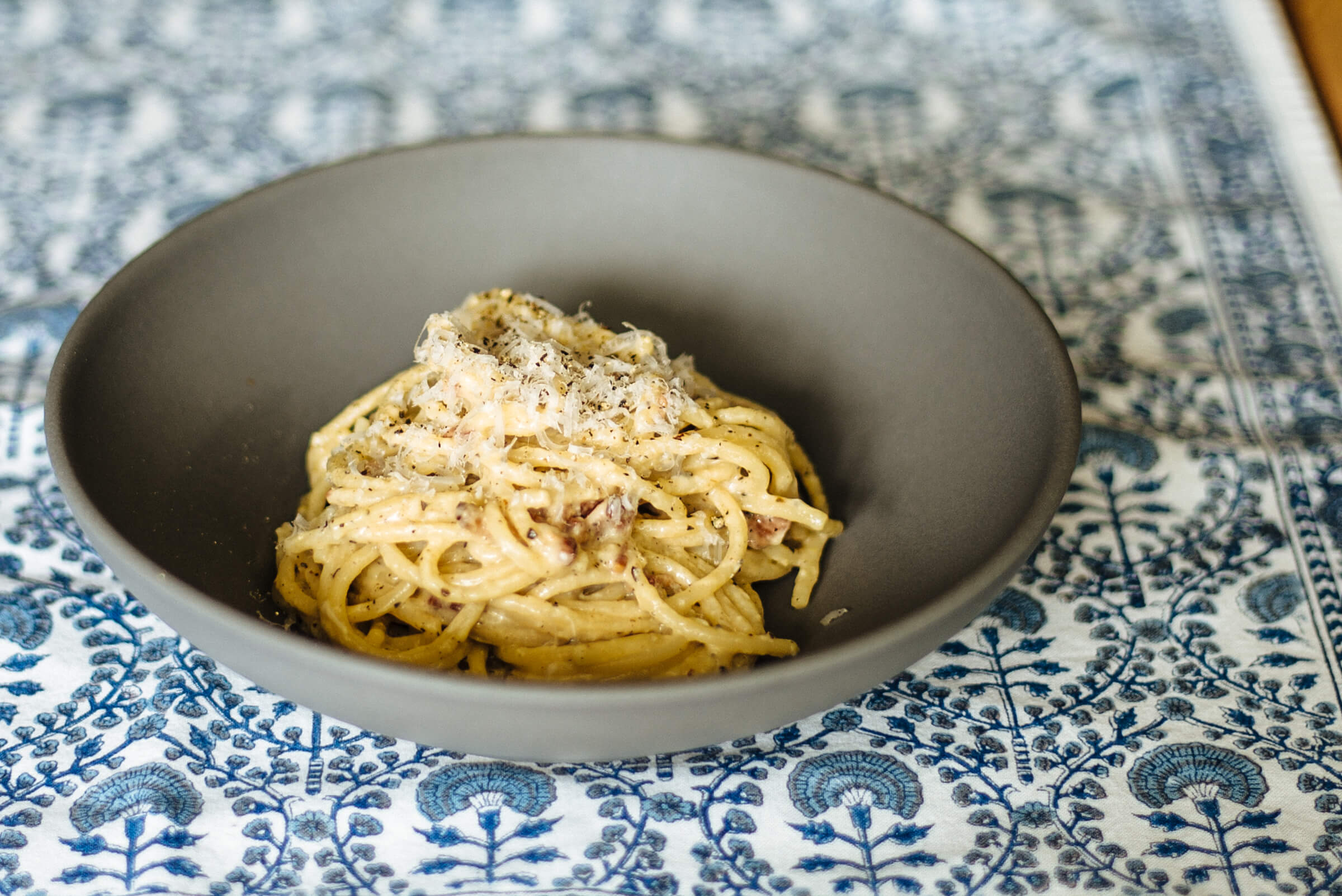 I recently started watching Master of None on Netflix. It’s not really a food-centric show, but I love the passion Aziz Ansari’s character has for food. He also does a lot of things I would do, like trying to find the best taco in the city or going to Modena to learn how to make pasta. I would love to be able to drop everything and chronicle my way through a pasta making apprenticeship, although, I’d probably go to Bologna for that.

I finally got Clayton to start watching it too, so we started back at the beginning. In one of the episodes, Aziz’s character makes his own fresh pasta with this extruder. He uses the pasta to make Spaghetti alla Carbonara, which then inspired my lunch a few days ago. I’d been eating a lot of leftover Mexican. I don’t know about the rest of you, but I can’t eat the same thing for more than 3 days in a row. I decided to break out a few pots and pans, boil some water, chop up some bacon, and make myself some Spaghetti Carbonara. It’s so easy, and one of my favorite Italian comfort foods. Some tools that we love and get tons of use out of include this box grater. It makes it super easy to grate a little or a lot of cheese. You also have different size options all in one tool. We also love this set of metal nesting bowls. We use them all the time! They’re easy to clean and store since they all nest inside of each other and save room in the kitchen. Making Via Carotta’s Whipped Robiola and...