Potato leek soup is, in our opinion, one of the ultimate comfort foods. If you’ve followed us for a while, you’ve probably seen our potato leek soup recipe. It’s a great vegetarian soup, and we’ll gladly eat it, but once we tried Fabio Picchi’s potato leek soup, we were converted.

Fabio Picchi is one of our favorite chefs, and his restaurant, Cibreo, is one of our favorite restaurants in the world. We’ve made his potato leek soup recipe from his new book Papale Papale over and over again, and we now agree that if you use vegetable stock instead of beef stock, the soup will still be good, but “you will have failed to give yourself one of the most praiseworthy cream soups in the world.”

You should definitely buy Chef Picchi’s incredible book, but do be forewarned that it’s light on instruction. We’ve added our step-by-step instructions and U.S. measurements below so you can make this amazing soup at home. It’s creamiest if you use a Vitamix, but an immersion blender will work as well. 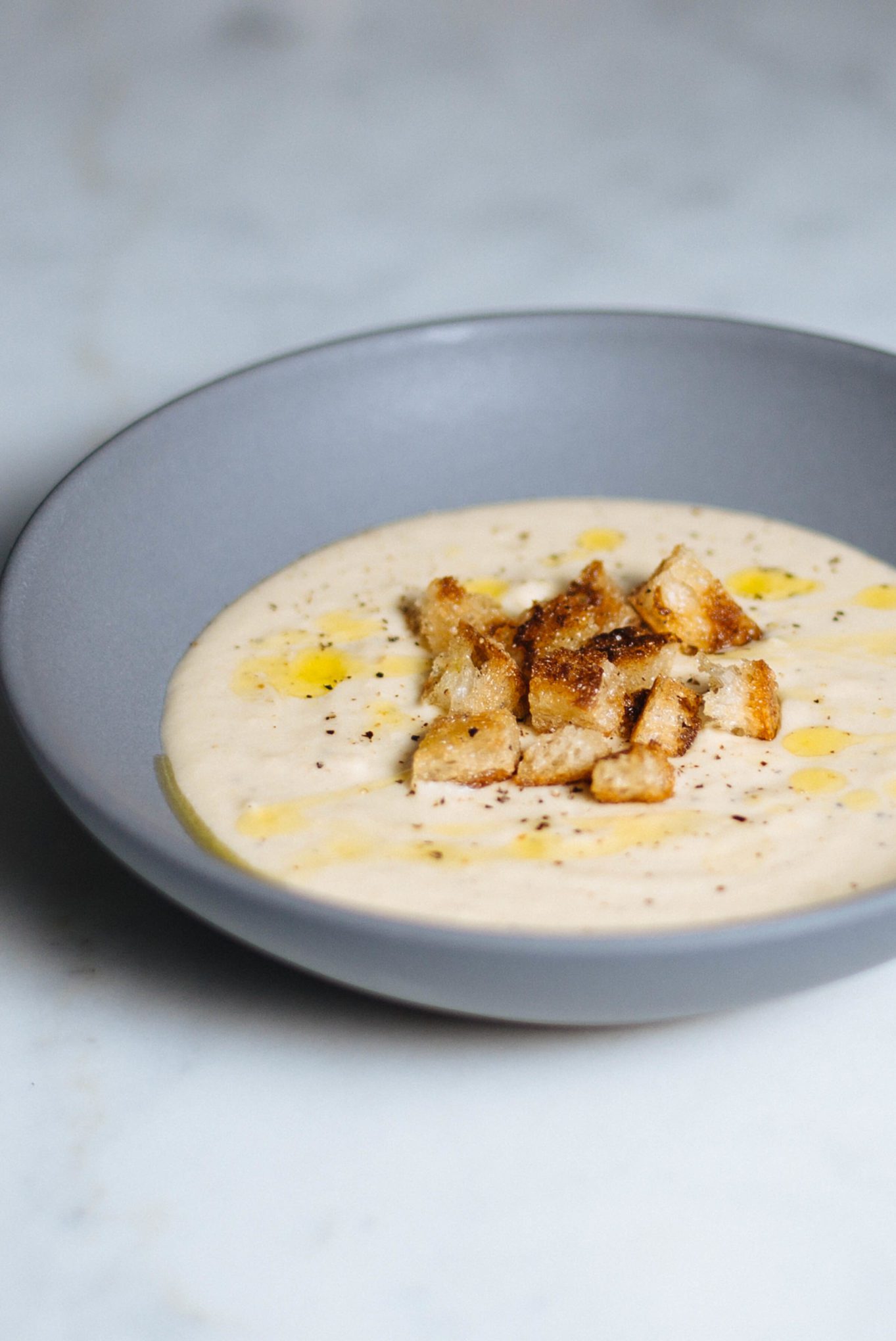