Become a Premium Member      |       Get the Magazine
CuisineDessertsItalian

It’s always been my (Sarah’s) dream to learn to cook from an Italian grandmother. Fortunately I’ve had two opportunities to do that in the past few years. Once, in Mamma Agata’s kitchen in Ravello (read about it here) and before that, at our friends’ house in Bologna.

We visited friends of ours who live in Bologna and had previously told them about our interest in learning to cook authentic Italian food from a wise old Italian nonna. They had just the right person in mind, and invited over a woman they had met through living in Bologna for several years. Lucia had moved to Bologna from Naples, so her repertoire of go-to recipes was mostly Neapolitan. We had such a fun time cooking, practicing our Italian, and learning recipes that Lucia would make for her own family at home.

Ciambella is an Italian bundt cake. We’ve seen many recipes for it (they vary by region), but this one combines chocolate and vanilla in one delicious cake. You will need a packet of Italian vanilla leavening. You can either use Bertolini if you can find it at a local market , or just order a pack of Paneangeli. They’re really inexpensive and then you can whip up a ciambella whenever you want. 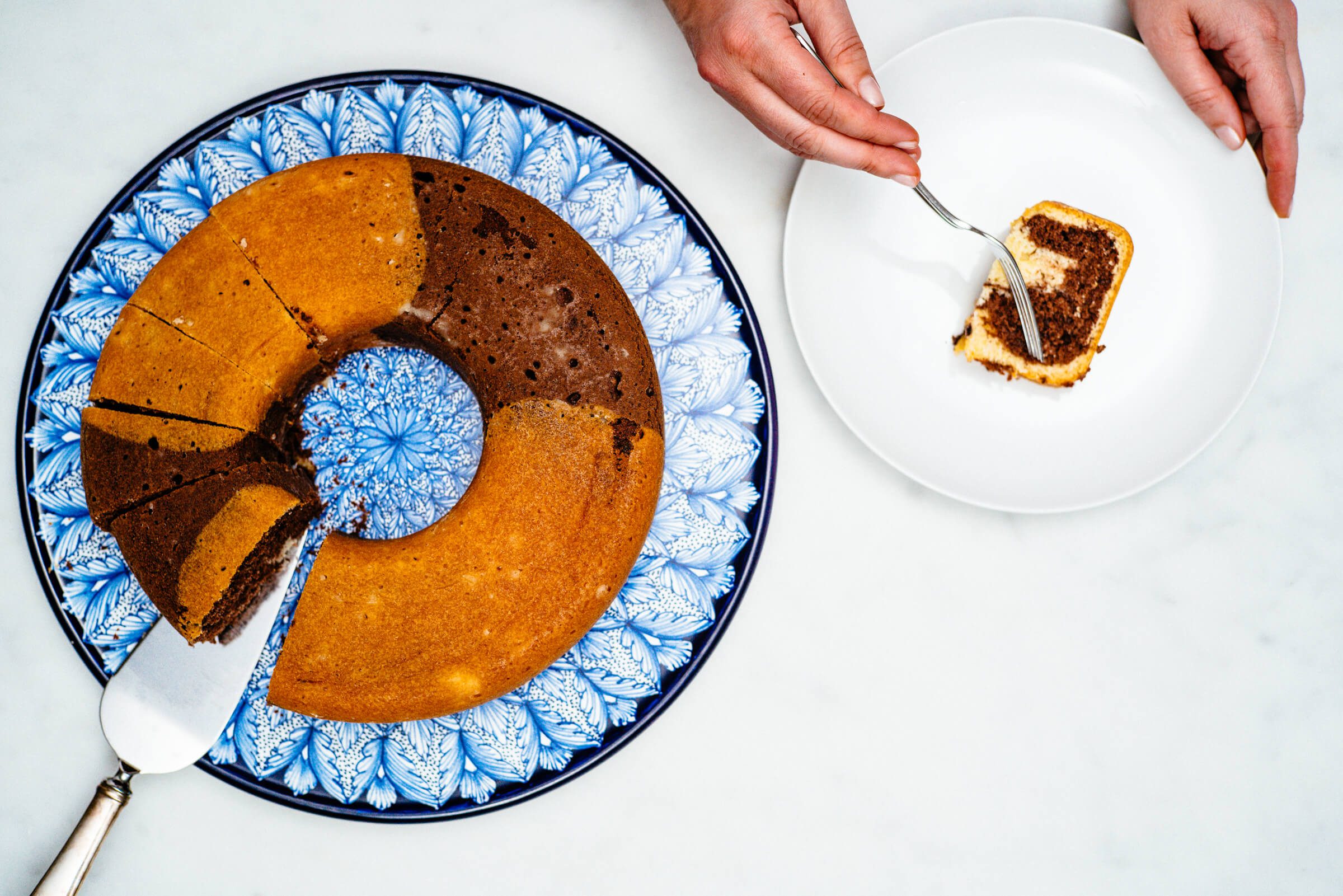 You’ll also need a bundt pan. Ours is a really simple one with straight edges, but you can definitely use something more ornate. This fluted one and this swirl one are especially nice. A non-stick one is preferable.

Since Lucia is from Naples, we thought it was only fitting to serve ours on a beautiful southern Italian platter. We also love this blue and white platter, this silver glass cake stand, and this silver cake server.

We’ll be sending out an exclusive email to our insider’s list with all the recipes from our day with Lucia. If you love Italian food, make sure to sign up so you don’t miss out!