Become a Premium Member      |       Get the Magazine
The Scotland EditTravel We spent Christmas in London this year, just a few hours away from one of the largest New Years parties in the world, Hogmanay. So we decided to take advantage of the opportunity and made a quick trip to Edinburgh. We boarded the train to Scotland with our luggage, sandwiches, and a few cans of gin and tonic and settled in for the scenic ride. It’s almost a five-hour train journey, but the landscapes you’ll see are worth it. Bright green pastures dotted with fat, fluffy sheep disappear behind you after a few hours as the train starts to cruise along the stunning coastline at sunset (in the winter it seems like it’s always sunset in Scotland).

The Hogmanay festivities begin the night before New Year’s Eve with a torch-lit procession through Old Town Edinburgh, giving the appearance of a river of fire winding through the town with groups of drummers and bagpipes playing Scotland the Brave. We sat in the window of the White Horse, drinking Champagne and eating oysters and smoked salmon as torchbearers marched by. You’ll want to make sure you make dinner reservations for each night of Hogmanay because so many people were turned away. On New Year’s Eve, a bagpiper walked the halls in our hotel welcoming the new year and signaling that the ball was about to start. Many of the hotels hold formal balls, so be sure to bring your cocktail dresses and kilts. We opted for a quiet dinner at Borough, followed by watching the magnificent fireworks over Edinburgh Castle with Scotch in hand. We were able to just walk back inside our hotel, which was perfect since we had to catch a 7 am train back to London that morning. We’ve seen a lot of firework displays over the years, and have sadly seemed to have become immune to them. However, there’s something different about fireworks over a medieval castle high on a mountain that just makes your jaw drop. These were worth waiting for, and we can’t wait to go back to Scotland again. 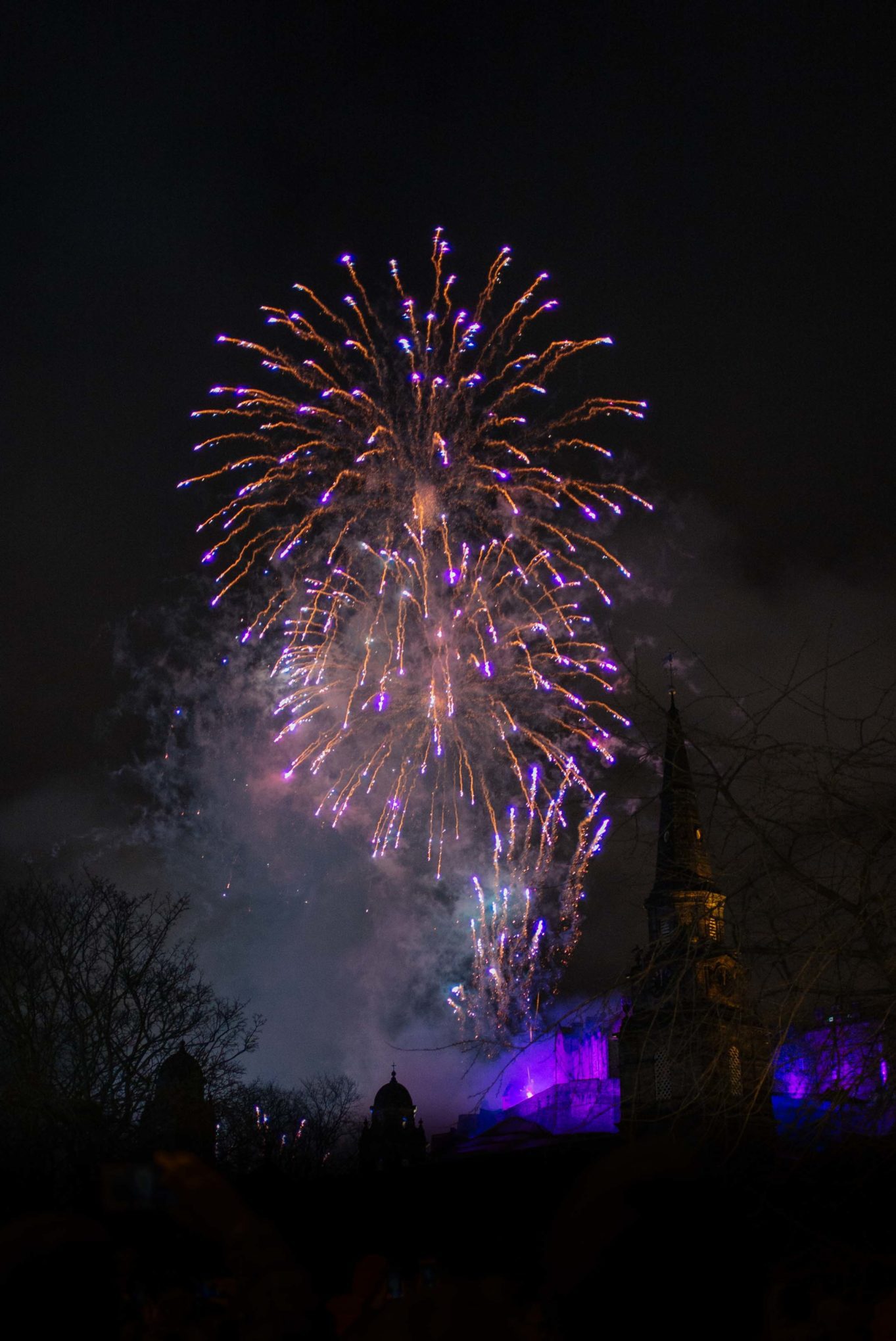