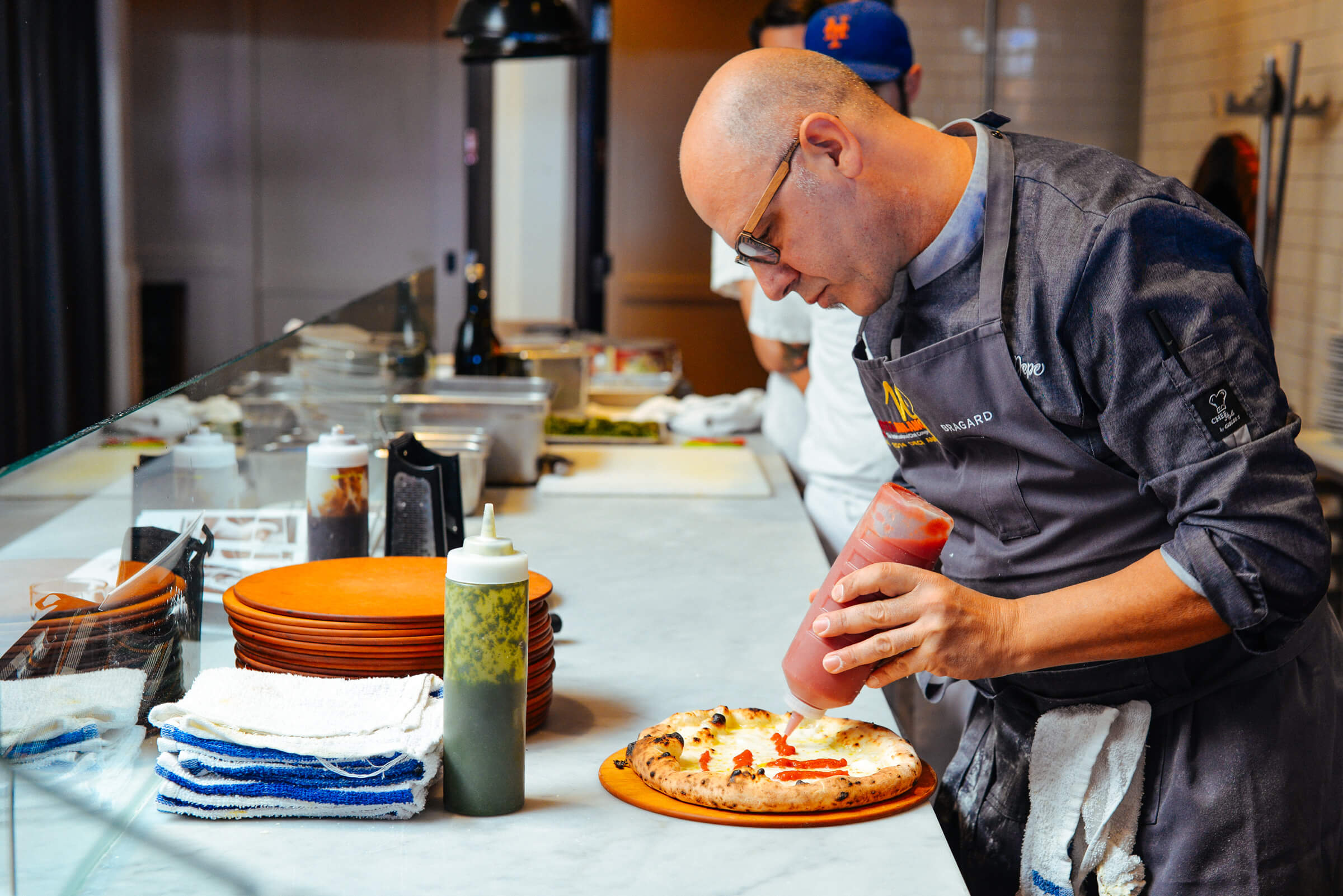 The art of the Neapolitan ‘Pizzaiuolo’ has made the list of Intangible Cultural Heritage of Humanity. Typically, when you think of UNESCO, you think of amazing locations, but UNESCO also has an entire list of cultural practices that it recognizes, including for 2017 the art of organ craftsmanship, the Basel Carnival in Switzerland, music from Germany and the craft of the miller operating windmills and watermills in the Netherlands. Now the craft of Neapolitan making has been added to the list.

The craft of making Neapolitan pizza is comprised of multiple phases including the preparation of the dough, baking it in a wood-fired oven, and the movement of the pizza with a long paddle while cooking. It’s a unique art, and people travel from all over the world to apprentice under a vero pizzaiuolo to learn the art.

In Naples, free slices of pizza were handed out in celebration over the announcement, according to the BBC. “After 250 years of waiting, pizza is humanity’s heritage, its intangible heritage,” Neopolitan pizza maker Enzo Coccia told the BBC. See some shots from our visit to Napoli here and how to eat pizza like an Italian.

We had the privilege of meeting and eating pizza of one of the most famous piazzaiulos in Italy, Franco Pepe, when he visited San Francisco a few years ago. You can visit his pizza shop next time you’re in the Amalfi Coast.